Deep Learning has shown very promising results in the area of Computer Vision. But when applying it to practical domains such as medical imaging, lack of labeled data is a major hurdle.

In practical settings, labeling data is a time consuming and expensive process. Though, you have a lot of images, only a small portion of them can be labeled due to resource constraints. In such settings, we could wonder:

In this post, we will understand FixMatch and also see how it got 78% median accuracy and 84% maximum accuracy on CIFAR-10 with just 10 labeled images.

Suppose we’re doing a cat vs dog classification where we have limited labeled data and a lot of unlabelled images of cats and dogs.

Our usual supervised learning approach would be to just train a classifier on labeled images and ignore the unlabelled images. 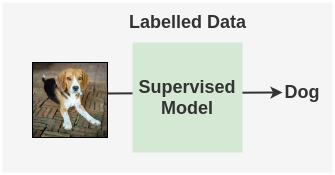 We know that a model should be able to handle perturbations of an image to improve generalization. So, instead of ignoring unlabeled images, we could instead apply the below approach:

What if we create augmented versions of unlabeled images and make the supervised model predict those images. Since it’s the same image, the predicted labels should be the same for both.

Thus, even without knowing their correct labels, we can use the unlabeled images as a part of our training pipeline. This is the core idea behind FixMatch and many preceding papers it builds upon.

With the intuition clear, let’s see how FixMatch is applied in practice. The overall pipeline is summarized by the following figure: 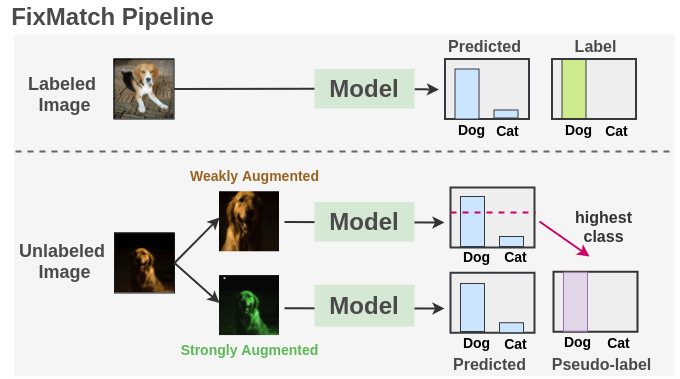 As seen, we train a supervised model on our labeled images with cross-entropy loss. For each unlabeled image, weak augmentation and strong augmentations are applied to get two images. The weakly augmented image is passed to our model and we get prediction over classes.

The probability for the most confident class is compared to a threshold. If it is above the threshold, then we take that class as the ground label i.e. pseudo-label. Then, the strongly augmented image is passed through our model to get a prediction over classes. This probability distribution is compared to ground truth pseudo-label using cross-entropy loss. Both the losses are combined and the model is tuned.

These include augmentations that output heavily distorted versions of the input images. FixMatch applies either RandAugment or CTAugment and then applies CutOut augmentation.

This augmentation randomly removes a square part of the image and fills it with gray or black color.

PyTorch doesn’t have a built-in implementation of Cutout but we can reuse its RandomErasing transformation to apply the CutOut effect.

Previous SSL work used AutoAugment, which trained a Reinforcement Learning algorithm to find augmentations that leads to the best accuracy on a proxy task(e.g. CIFAR-10). This is problematic since we require some labeled dataset to learn the augmentation and also due to resource requirements associated with RL.

So, FixMatch uses one among two variants of AutoAugment:

a. RandAugment
The idea of Random Augmentation(RandAugment) is very simple. 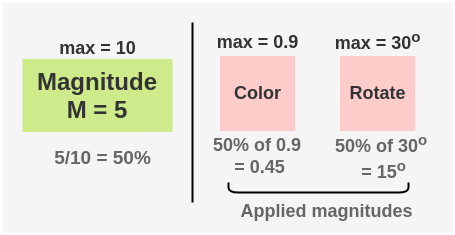 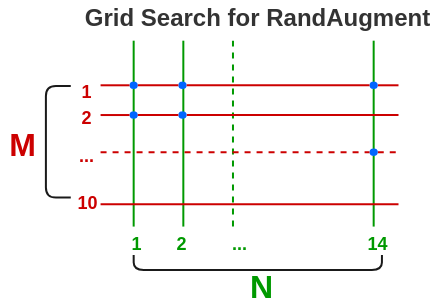 b. CTAugment
CTAugment was an augmentation technique introduced in the ReMixMatch paper and uses ideas from control theory to remove the need for Reinforcement Learning in AutoAugment. Here’s how it works:

Thus, we see that unlike RandAugment, CTAugment can learn magnitude for each transformation dynamically during training. So, we don’t need to optimize it on some supervised proxy task and it has no sensitive hyperparameters to optimize.

Thus, this is very suitable for the semi-supervised setting where labeled data is scarce.

The paper uses wider and shallower variants of ResNet called Wide Residual Networks as the base architecture.

The exact variant used is Wide-Resnet-28-2 with a depth of 28 and a widening factor of 2. This model is two times wider than the ResNet. It has a total of 1.5 million parameters. The model is stacked with an output layer with nodes equal to the number of classes needed(e.g. 2 classes for cat/dog classification).

Q. Can we learn with just one image per class?

The authors performed a really interesting experiment on the CIFAR-10 dataset. They trained a model on CIFAR-10 using only 10 labeled images i.e. 1 labeled example of each class.

The authors ran evaluations on datasets commonly used for SSL such as CIFAR-10, CIFAR-100, SVHN, STL-10, and ImageNet.

The official implementation of FixMatch in Tensorflow by the paper authors is available here.

Unofficial implementations of FixMatch paper in PyTorch are available on GitHub (first, second, third). They use RandAugment and are evaluated on CIFAR-10 and CIFAR-100.

The paper is available here: FixMatch on Arxiv.