In this article, I will explain the rationale behind the paper and how it advances the self-supervised representation learning scene further for images. We will also see how this compares to the current SOTA approach “SimCLR” (as of March 16, 2020) which improves shortcomings of PIRL.

A number of interesting self-supervised learning methods have been proposed to learn image representations in recent times. Many of these use the idea of setting up a pretext task exploiting some geometric transformation to get labels. This includes Geometric Rotation Prediction, Context Prediction, Jigsaw Puzzle, Frame Order Recognition, Auto-Encoding Transformation (AET) among many others.

The pretext task is set up such that representations are learned for a transformed image to predict some property of transformation. For example, for a rotation prediction task, we randomly rotate the image by say 90 degrees and then ask the network to predict the rotation angle.

PIRL proposes a method to tackle the problem of representations being covariant with transformation. It proposes a problem formulation such that representations generated for both the original image and transformed image are similar. There are two goals:

Intuitively this makes sense because even if an image was rotated, it doesn’t change the semantic meaning that this image is still a “cat sitting on a surface”

Let’s assume we have a training corpus containing 3 RGB images for simplicity. 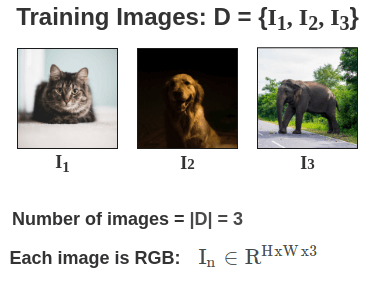 Here is how PIRL works on these images step by step:

To solve this problem, PIRL proposes to use a memory bank which caches representations of all images and use that during training. This allows us to use a large number of negative pairs without increasing batch size.

In our example, the PIRL model is initialized with random weights. Then, a foward pass is done for all images in training data and the representation for each image is stored in memory bank.

2. Prepare batches of images
Now, we take mini-batches from the training data. Let’s assume we take a batch of size 2 in our case. 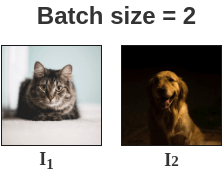 Thus, for 2 images in our batch, we get two pairs and total four images.

4. Encoder
Now, for each image, the image and its counterpart transformation are passed through a network to get representations. The paper uses ResNet-50 as the base ConvNet encoder and we get back 2048-dimensional representation. 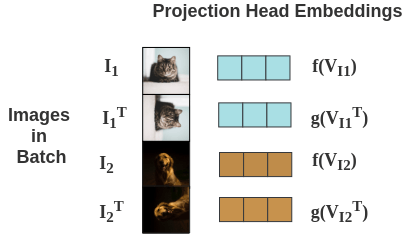 Now, we calculate the loss in the following steps:
a. Cosine Similarity
Cosine similarity is used as a similarity measure of any two representations. Below, we are comparing the similarity of a cat image and it’s rotated counterpart. It is denoted by

The loss for a pair of images is calculated using cross-entropy loss as:

In ideal case, similarity of image and it’s transformation is highest i.e. 1 while similarity with any negative images is zero. So, loss becomes zero in that case. 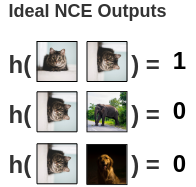 We see how above loss only compares to and compares to . It doesn’t compare and . To do that, we introduce another another loss term and combine both these losses using following formulation.

Based on these losses, the encoder and projection heads improve over time and better representations are obtained. The representations for images in the memory bank for the current batch are also updated by applying exponential moving average.

An implementation of PIRL in PyTorch by Arkadiusz Kwasigroch is available here. Models are available for both rotation as well as jigsaw task. It tests the performance of the network on a small dataset of 2000 skin lesions images and gets an AUC score of 0.7 compared to a random initialization score of 0.55. 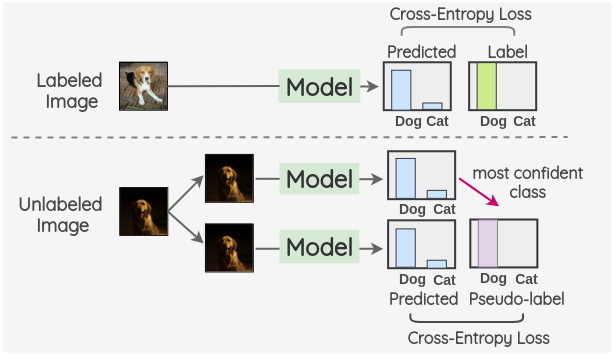 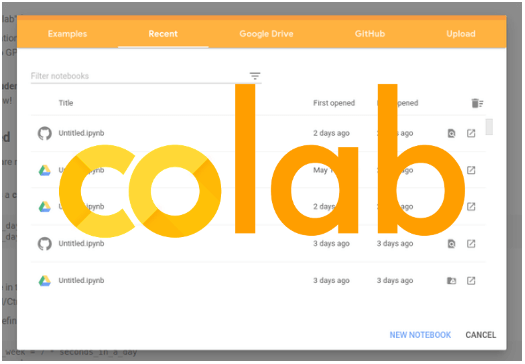 Learn about lesser-known features in Google Colaboratory to improve your productivity.